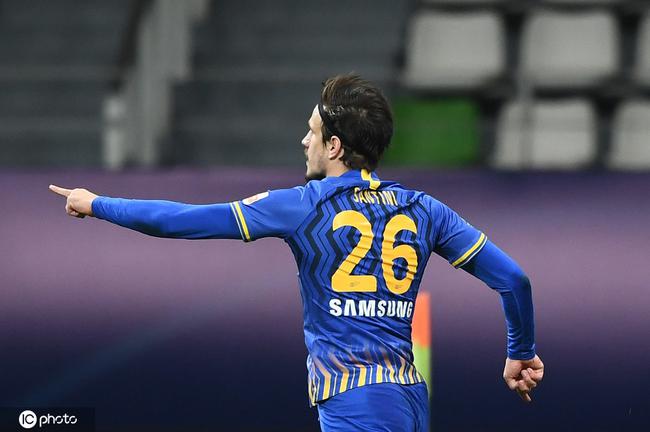 Beijing time on October 24, the Chinese Super League ended the 16th round of the contest. Jiangsu Suning defeated Chongqing Dangdai 1-0, defeated the opponent 2-1 in the two rounds, and advanced to the semi-finals. After the game, Santini, who scored a goal for Suning, was interviewed by the media.

Regarding the results of entering the semi-finals, Santini said: I am very happy to help the team win, thank God, thank the fans, all the players and the coaching staff for their encouragement and support that helped us win the victory.

Why Suning defeated the opponent in this game, Santini analyzed: In this game, our formation is very compact, both offensive and defensive are integrated, this is the reason for our victory.