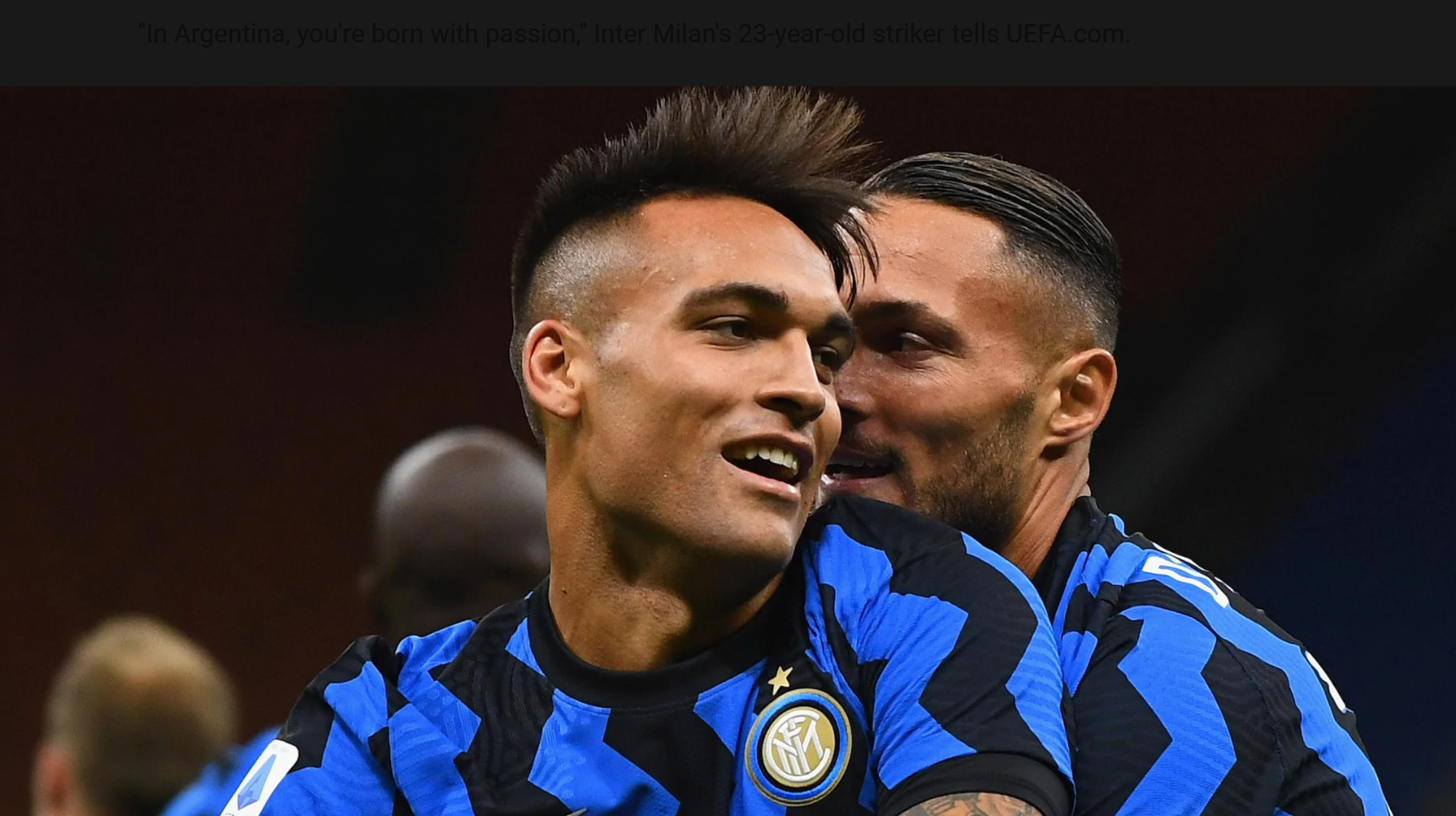 In Argentina, you are born with passion and dedication, doing things wholeheartedly, and this is what we bring to the football world, no matter which league we enter, we will bring these spirits. If you pay attention to the Argentine League, you will feel this when you watch the games there. The same is true of the Argentine national team. We always hope to show these characteristics.

My understanding of Leo comes from the fact that we played together for the Argentine national team, not because we met on the pitch. I said in the past and I will say the same thing now and in the future, that is: Messi is the best player in the world. And the fact that he is an Argentine makes us more proud, and we can also learn things by his side. For me, he is another level altogether. He has a unique understanding of the game. He will always be one step ahead of anyone.

I watched the game with my family at my home in Argentina. It was a very eye-catching game, because Inter Milan had a lot of Argentine players at the time and it was also a very important victory for Inter.

Diego Milito scored two goals? Yes, exactly that. Diego is very famous in Argentina. He is a great player and a very important person. I was fortunate to have played with him in the athletic team. This makes me very happy. There are many Inter Milan fans in Argentina. The reason is obvious. Many Argentine players have played for Inter.

Javier is very important to Inter Milan, he is also the same to our players, because he will pass on all his experience in Inter to us, he cared for me like this when I first arrived in Italy, no matter what I have He will provide help if needed. And he is willing to listen, he will also care about me and ask me if I need help. Whether in the club or off the court, he is taking care of me, facilitating me to integrate into the team, teaching me language, helping me understand the meaning of Inter Milan, and mastering the team’s training methods. He is too important in all aspects, so I am grateful to him because he really helped me a lot when I came to the team.